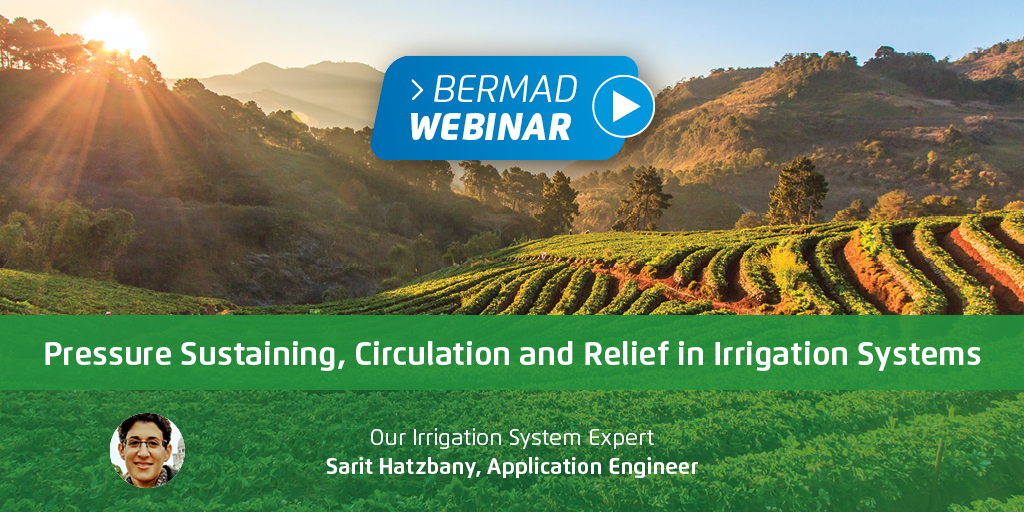 In a recent BERMAD webinar, “Pressure Sustaining, Circulation and Relief in Irrigation Systems”, our Application Engineer Sarit Hatzbany took a closer look at pressure sustaining principles of operation and the key differences between relief, circulation and inline sustaining valves.


During the webinar, questions regarding the differences between the various types of valves and their applications were addressed:

Q: What is the fundamental difference between pressure reducing valves & pressure sustaining valves?

Q: Do we still need a circulation valve if we have a VFD-operated pump system for irrigation?

A: VFD (Variable Frequency Drive) is a perfect solution for pump-operated irrigation systems. The technology has three drawbacks:

Q: Can a pressure sustaining feature be used with an active check feature in pumps discharge line? How exactly will it work with pump operation? Does it replace a normal check valve/non return valve?

A: Yes, a pressure sustaining feature can be added to BERMAD’s Active Check valve, Model IR-743 which offers the following benefits:

During pump operation, the pressure sustaining feature ensures that the pump will be operating within its efficient range. So, the pump will not be forced by the system conditions to work at a very high flow and low pressure, thereby protecting it from overload and cavitation damage.

A: Due to pressure drop associated with downstream burst, the inline pressure sustaining valve will throttle close and regulate according to the drop of pressure. However, since it will not lock in closed position, it cannot be used as burst control valve. See BERMAD’s IR-790 Burst Control Valves.

Q: Can we use a pressure relief valve in a pump station instead of a surge anticipating valve and under which conditions?

Q: When you have a pressure reducing and pressure sustaining valve, which pilot valve should you adjust first to get the valve to operate?

A: There is no real significance to which pilot is calibrated first. It usually depends on field conditions. See how to calibrate BERMAD’s IR-423 Pressure Sustaining & Reducing Valve. 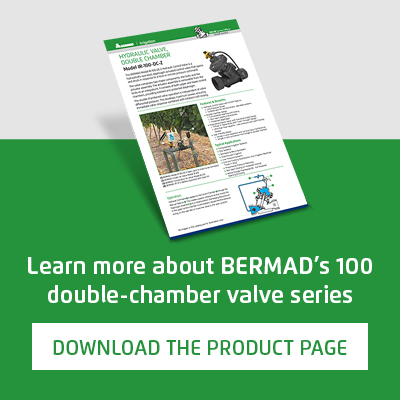 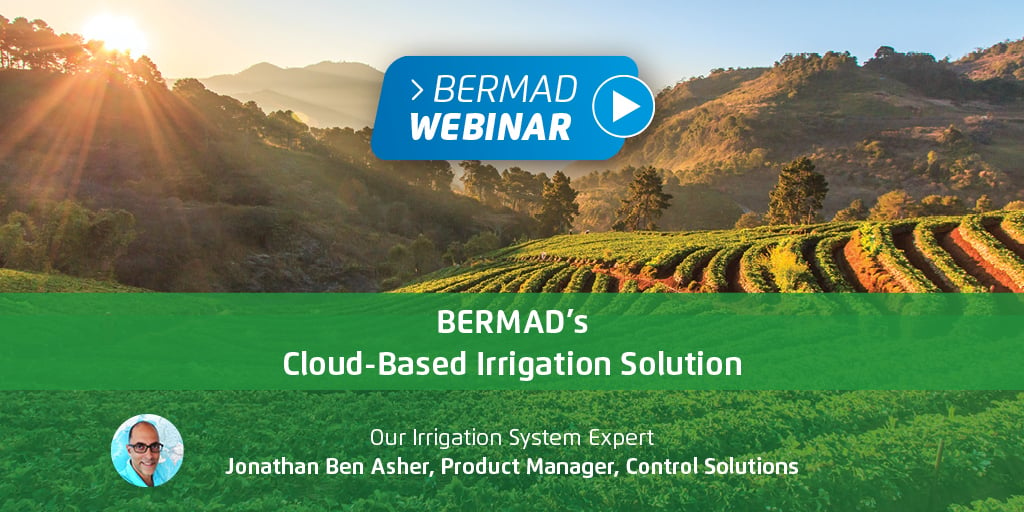 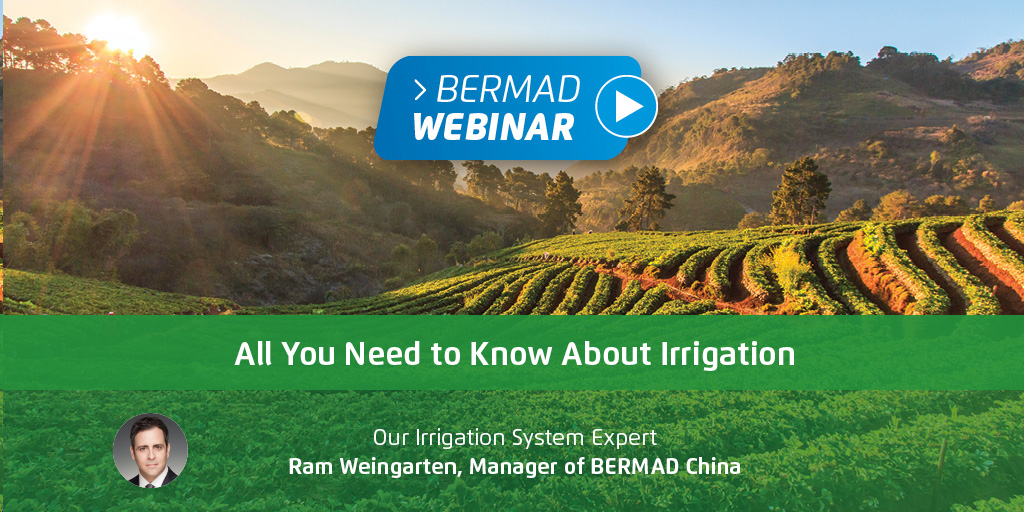