In fire protection, every second is crucial, especially in high-risk infrastructure buildings, such as power plants. They need fire protection systems that are autonomous and not dependent on unreliable municipal water pumps or electricity supplies. Therefore many industrial buildings have their own water reservoirs with piping and pumps located a 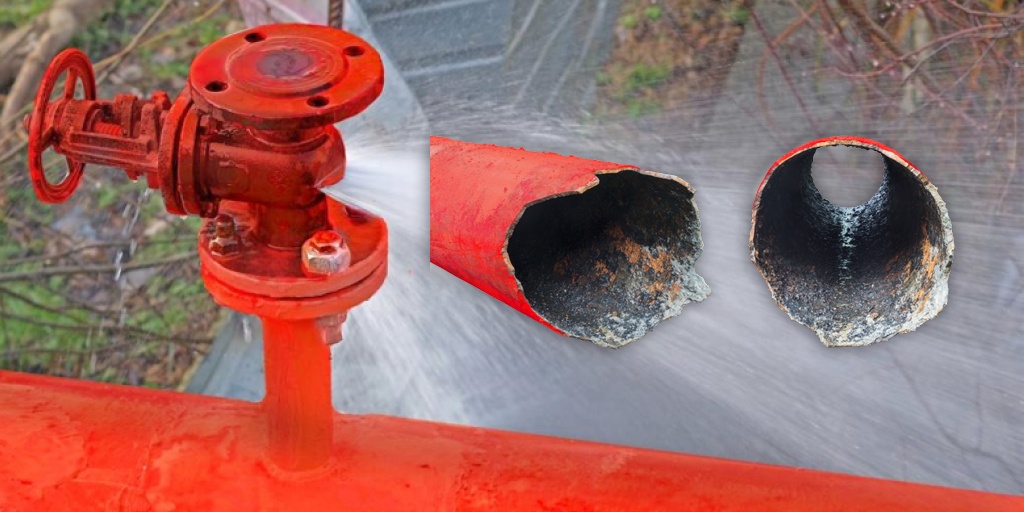 Water surge or water hammer is a pressure wave in a piping system caused when a fluid in motion is forced to stop or change velocity or direction suddenly. Pressure surges in fire water systems can be caused by a number of different factors, such as a valve closing or opening too quickly or a pump starting or shutting down suddenly. This momentum change can create a significant and potentially damaging pressure rise.

Most fire protection systems are designed to operate at a maximum working pressure of 12 barg (175 psi).  Pressure waves from water hammer or pressure surge can easily exceed 50 barg (740 psi), thus creating a very real threat of damage to piping and instrumentation.

The pictures below show two examples of catastrophic damage to piping and accessories caused by water surge/water hammer in fire protection systems.